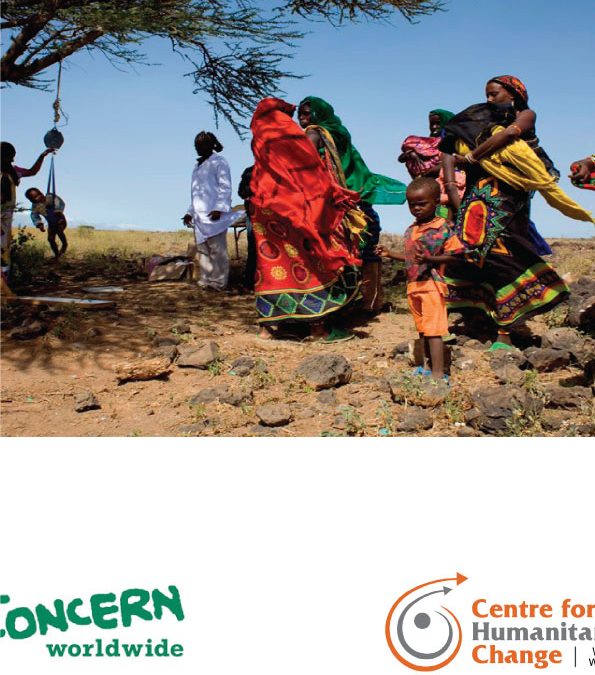 This report is the result of an Independent Evaluation of the Pilot CMAM Surge Model project conducted in two sub-counties of Marsabit between May 2012 and October 2014.

In May 2011, the president of Kenya declared the drought of 2010/2011 a national disaster. It is estimated that the 2011 drought in Kenya resulted in an estimated 3.75 million Kenyans and 500,000 refugees requiring food aid, while over 300,000 children were affected by acute malnutrition.

The worst affected were the Arid and Semi-Arid Lands (ASALs) of north and north-eastern Kenya, where rates of global acute malnutrition in some areas vastly exceeded emergency thresholds. Concern Worldwide (Concern) was part of the humanitarian response in Marsabit County, one of the areas that were affected by the drought. A post-analysis of the response by Concern and Sub County Health Management Teams (SCHMTs) revealed that there was a lack of pre-emergency planning (despite the slow onset of the
emergency and early warning); limited use of available data and contextual analysis; and, limited understanding of how and when to scale up interventions. These lessons as well as the release of the “Suggested New Design Framework for CMAM programming”, prompted Concern and SCHMT to develop the CMAM surge model.

The aim of the CMAM surge model is to strengthen the capacity of government health systems to effectively manage increased caseloads of severe acute malnutrition (SAM) and moderate acute malnutrition (MAM), during predictable emergencies without undermining ongoing health and nutrition systems strengthening efforts. It is based on one of the fundamental principles of CMAM; that early detection of malnutrition leads to improved treatment outcomes and fewer cases of SAM, as children are treated before their malnutrition becomes severe.

The pilot project was initiated by Concern in collaboration with the SCHMT as well as health facility staff in May 2012, in 14 health facilities drawn from Moyale, Chalbi and Sololo (Moyale and North Horr Sub-Counties) in Marsabit County. This pilot project was part of a larger ECHO funded project the ‘Marsabit County Emergency Recovery Project (March
2012 to February 2013)’ whose aim was to assist the two SCHMTs in Moyale and North Horr to strengthen their contingency planning capacity by February 2013.

Concern designed the Integrated Management of Acute Malnutrition (IMAM) Surge Model to enable a health system to cope with spikes in cases of acute malnutrition. The pilot has been conducted in 14 health facilities and the pilot programme was initiated in May 2012. Operational feedback has shown that the model is technically feasible generating
interest from the Ministry of Health and other stakeholders, with regard to rolling out the approach in a wider area of Kenya, with a view to making the Model part of the health system in the fragile areas of Kenya.